It is always a refreshing sight to see your dog smiling and wagging its tail as it heralds your presence after a relatively long and stressful day at work.

Golden Retrievers, being especially soft and hairy when adequately groomed, often make good stress relievers when we stroke or caress them.

Yet, how do they feel about this?

Do Golden Retrievers like to cuddle? Yes, as a matter of fact, you can refer to them as big lap dogs. Golden Retrievers love giving attention as much as they like receiving it, and cuddling is one way that they demonstrate their love and affection to their owners.

It is a well-known fact that Golden Retrievers would do anything within their power to gain the love, approval, and attention of their owners. But does this mean that they could simply put up with frequent cuddling just to please their owners, or is there something in it for them?

Thus, can we say that Golden Retrievers love cuddling?

Recall that they are proactive dogs who expend a lot of energy, and as such, when they cuddle with their owners or even other pets, it is also a means to relieve stress.

Cuddling in dogs facilitates releasing a particular hormone called ‘oxytocin,’ which makes them feel outstanding, and who does not like to feel good? Indeed, our Golden Retrievers are not left out.

Golden Retrievers’ love for cuddling couldn’t possibly be measured. We see this love expressed in the frequency at which they desire to be cuddled sometimes, even overwhelming us.

Bear in mind, though, that Golden Retrievers can discern our emotions knowing when we really need a cuddle. Thus, clinging to us more when we seem weighed down or disheartened.

One of the reasons why Golden Retrievers love to cuddle, especially with their owners, is the effect it produces on their owners. They love it when joy is radiated from those with whom they cuddle.

So, if you have a Golden Retriever, you had better create space for him on the sitting room couch, for it is bound to be there whenever you are!

This raises the question; do golden retrievers like to be hugged?

No! Like all dogs, they dislike the concept of being tightly held or squeezed in an embrace.

This can be attributed to genetics because dogs, in general, are unfamiliar with the idea of hugging. Instead, they are known to place their legs on the back or shoulder of another dog to signify authority over the latter. A concept is known as ‘standing over.’

Regardless of this, some dogs are unique. This also applies to Golden Retrievers who are naturally close contact dogs and would stoop however low to please their owners. It is, therefore, not impossible to see a Golden Retriever heartily taking a hug.

Breeding could also affect a Golden Retrievers love for hugs. Though not genetically inclined, a Golden Retriever could be trained to like being hugged, especially when this is a predominant feature among family members at home.

As the Golden Retriever watches, so he learns with a desire not to be left out in this particular display of affection.

DO GOLDEN RETRIEVERS GIVE HUGS?

Though delighted at seeing your Golden Retriever running towards you, wagging its tail as it welcomes you home, sometimes stooping low to cuddle this lovely companion can be a little burdensome, especially after a long and tiring day.

So you could be wondering, could he not reach out for a hug?

Naturally, Golden Retrievers do not give hugs.

No one likes to be subdued, and that is precisely how they feel when hugging a larger creature- humans.

Nonetheless, if a German Shepherd who makes good family dogs and is baby-friendly can be trained to sniff out hard drugs and chase after criminals, how much more a Golden Retriever trained to give hugs.

So yes, it should not surprise you to see a Golden Retriever giving hugs, and if that is what you desire, yours can too.

Golden Retrievers really stop at nothing to please people, which is clearly evident even in this case. The internet itself shows some pictures and videos of Golden Retrievers taking and even giving hugs.

However, the underlying fact in many of such rare cases remains that the Golden Retriever had to pick up that trait along the way, possibly from observation and imitation.

If you desire your Golden Retriever to be a hugger, you can start by purchasing your Golden puppy from a good breeder to ensure you get a disciplined pup. It is also essential to begin hugging your Goldy softly from the pup stage.

You could also at times extend an invitation for a hug on bended knees, and if your Golden Retriever is bred in a loving home where hugging is a constant feature, you are sure to raise a terrific hugger.

Golden Retrievers don’t just like but love to cuddle. Sometimes it’s like they live for cuddling. It serves as a feel-good potion for them and a method of relieving stress for both the Golden Retriever and for their owner with whom they are cuddling.

When it comes to hugging, though, this is not usually the case but being people-pleasing as is their nature, Golden Retrievers can take and even give hugs. When they do, this is often a sacrifice for the people they are hugging.

They simply do not like hugs. If you consider raising a Golden Retriever, then get ready for nonstop cuddling from your new companion. 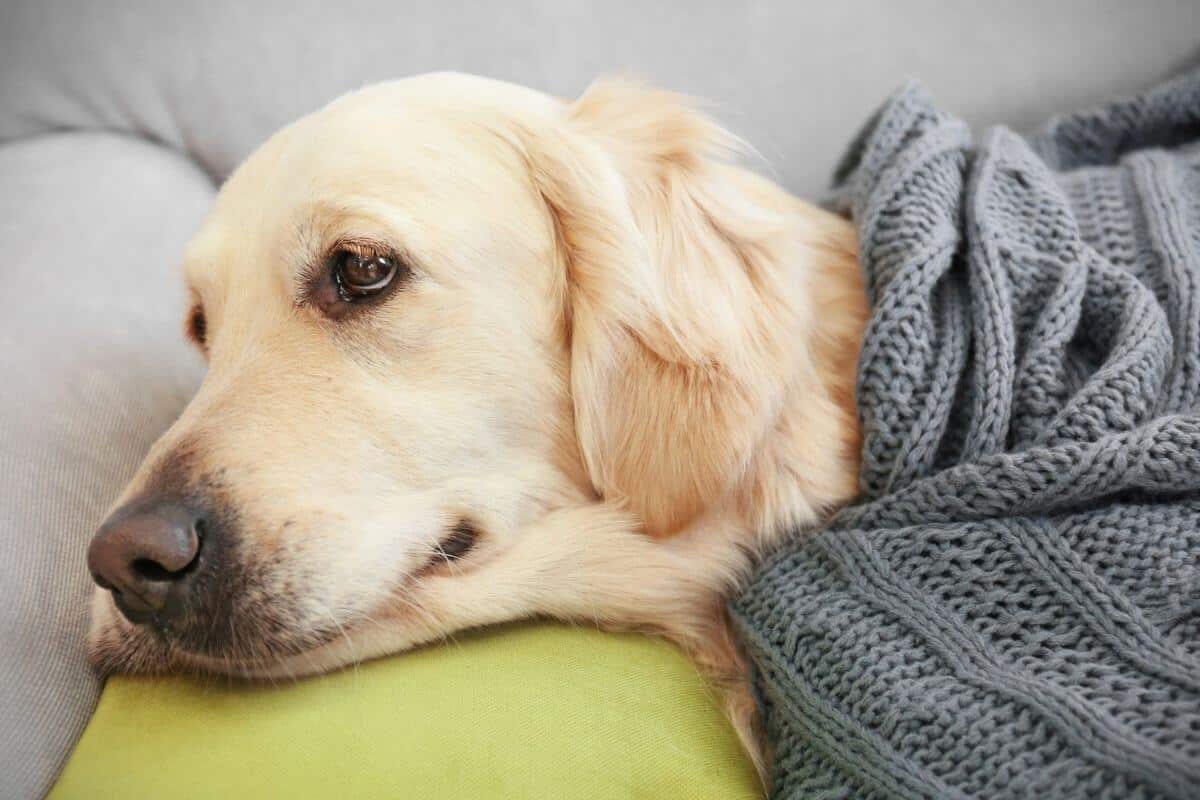 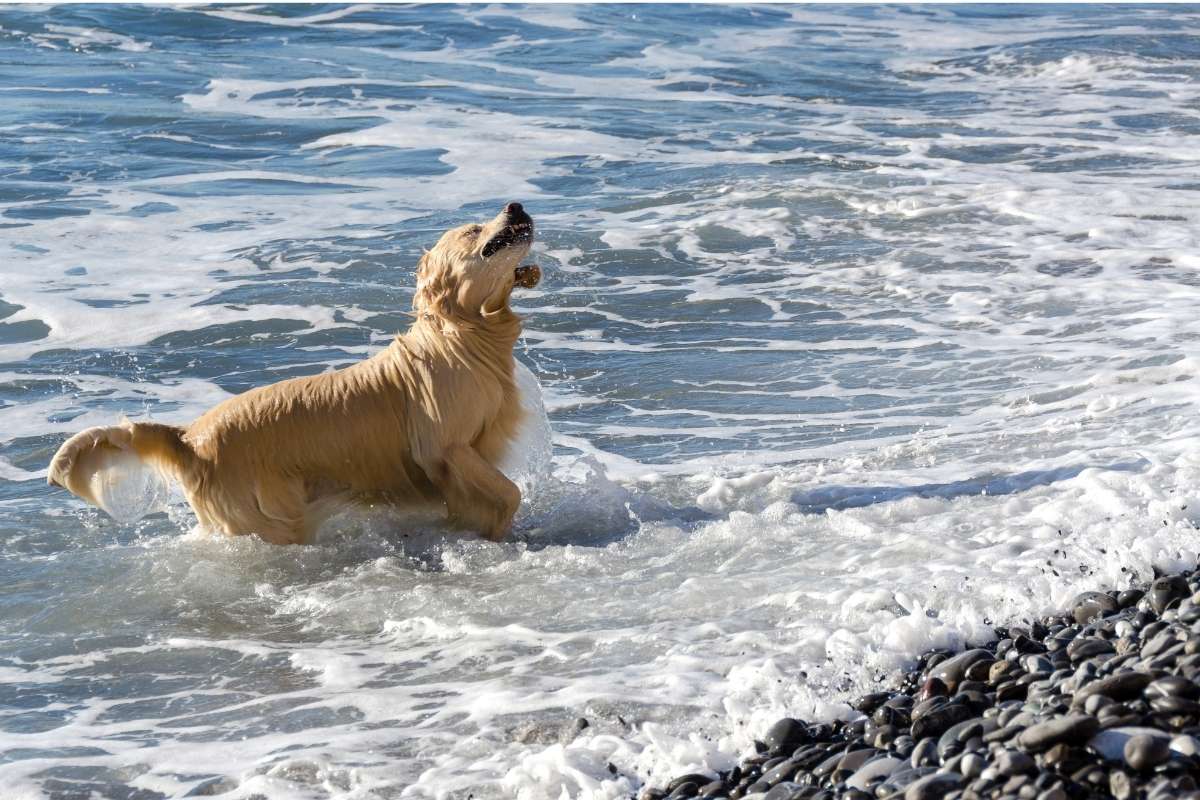 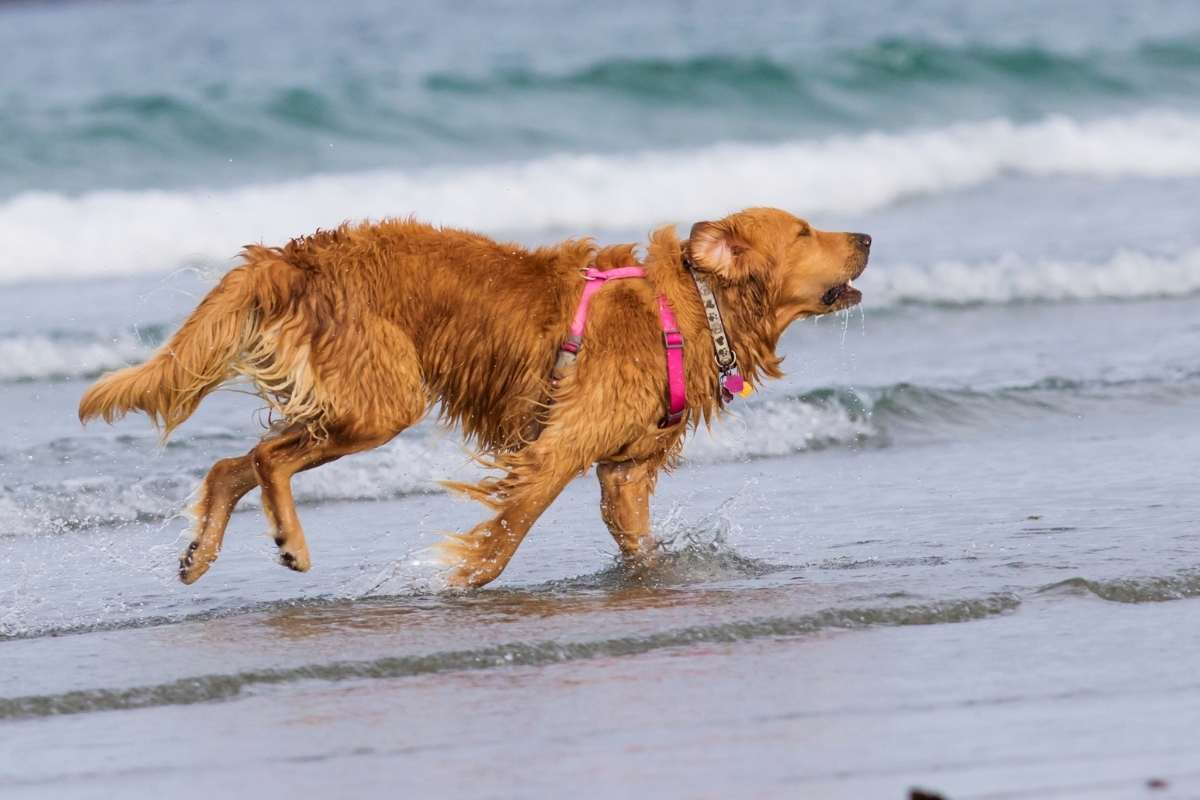 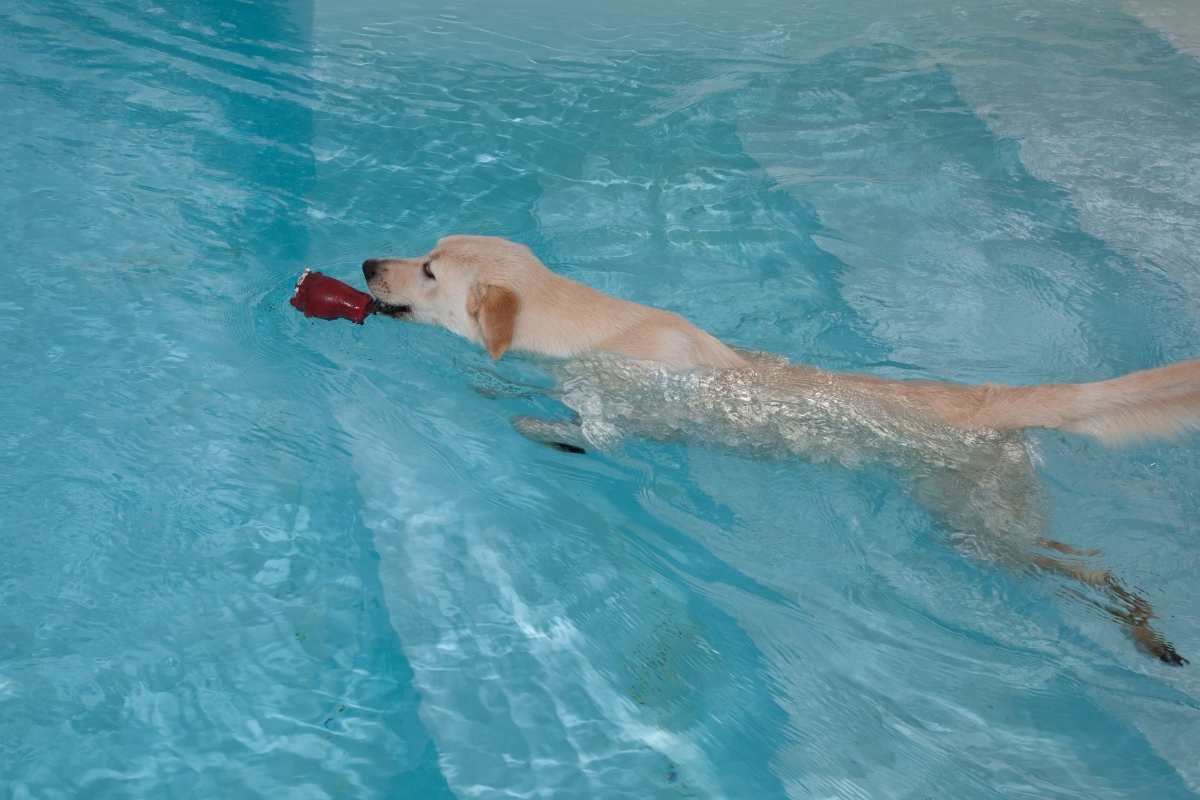 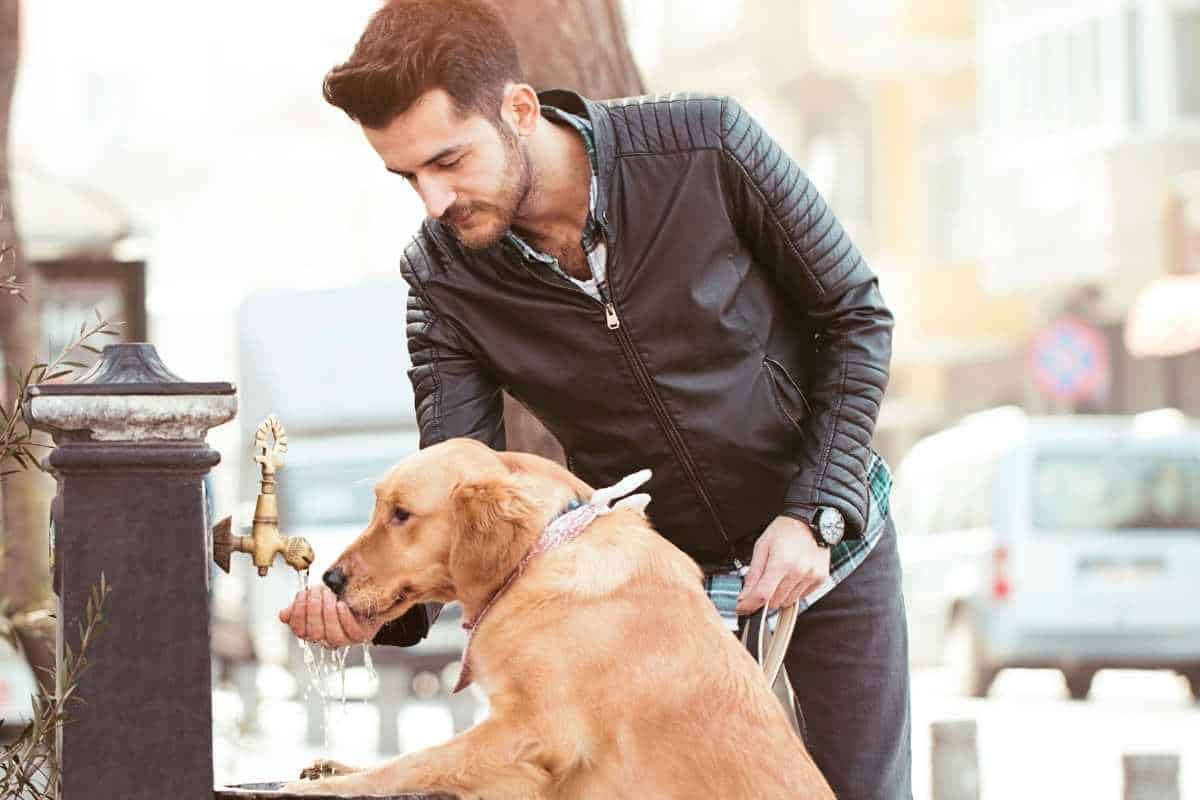 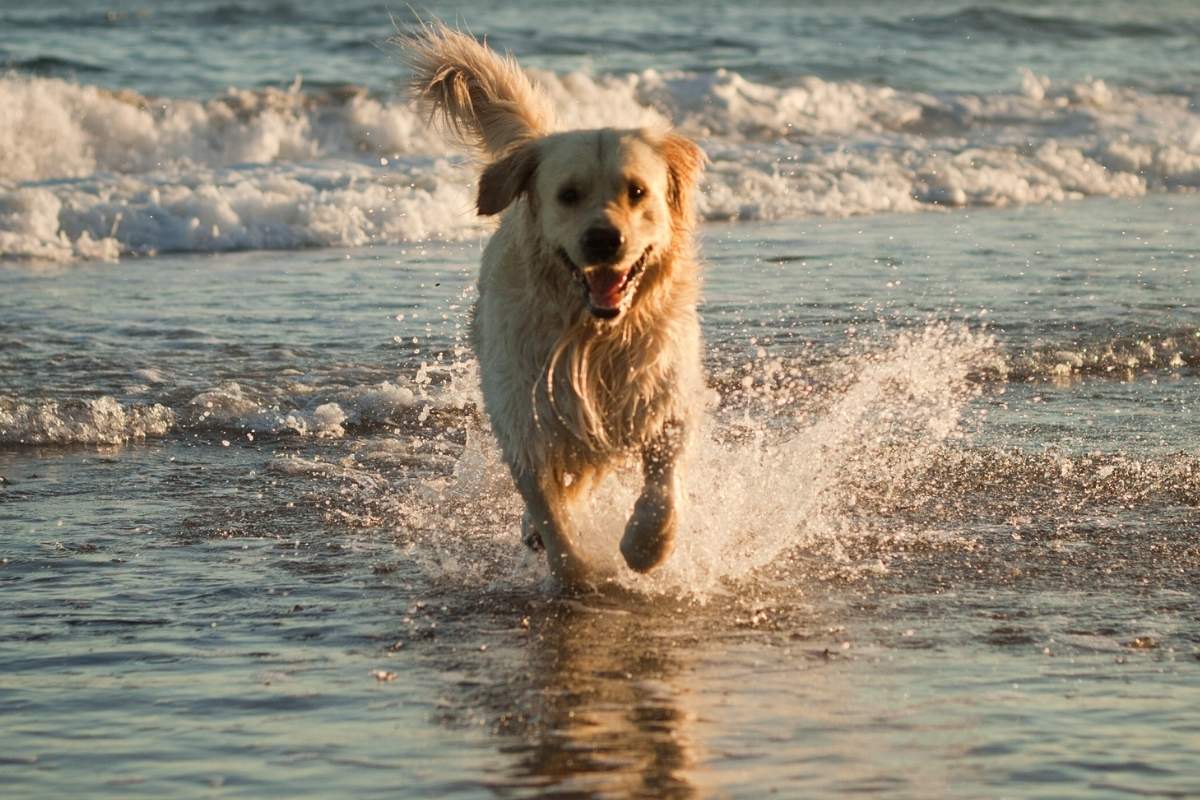