Even though I don’t ever see myself owning a chihuahua, I do have a soft spot for them in my heart. Chihuahuas are very popular. Me? I much prefer big dogs.

And, I’m a bit biased. I’ve had several unfortunate incidents with chihuahuas, but more on that in a bit. Chihuahuas are actually one of the most common dogs given up to shelters. In some states, shelters are completely overwhelmed with the little dogs, because owners rushed into the decision.

But, if you’re looking for a chihuahua, you might be wondering how much one costs. Or, where can I buy a chihuahua?

When it comes to buying a chihuahua, there are so many factors that you need to keep in mind. After all, this is not just any other dog that you are acquiring as a pet; it is your new family member and will also be living with you for the rest of its life.

Therefore, you need to make sure that you go about this purchase with care and attention to detail. They require about the same amount of exercise as other dogs but tend not to enjoy being taken for long walks or runs because they prefer playtime over physical activity.

They can also be very vocal little dogs, which means if you want an apartment dweller instead of a housemate who can give you some peace and quiet then a chihuahua might not be such a great idea after all.

Why are chihuahuas popular?

Chihuahuas are popular for many reasons. One is that many people find them visually appealing.

And, they are tiny dogs which means that it is relatively inexpensive to feed them and buy them supplies.

Several years ago, it became a trend to carry your dog everywhere with you in a purse, tote or dog stroller. Only a few dogs are small enough to do this, with the chihuahua being one of them.

And then, of course, there were the TV and media appearances.

The chihuahua was front and center in the movie Beverly Hills Chihuahua.

Paris Hilton was a pop culture icon in the 1990s and 2000s, and she carried her chihuahua with her everywhere.

And, in Legally Blonde…another Chihuahua, owned by Elle and kept in her college dorm.

The Taco Bell commercial chihuahuas, Ren and Stimpy cartoons….all of these things caused chihuahuas to surge in popularity.

But, with all fads and trends and supply and demand, an increase in people looking for chihuahuas made them more expensive.

And, it meant that many people who really shouldn’t have been breeding chihuahuas bought a breeding pair to do just that. Families who had no business buying a chihuahua, did. And then they ended up in shelters in record numbers.

In some area in southern California, teacup chihuahuas were going for as much as $3000-$5000! And to be clear, the AKC does not recognize “teacup” as a breed.

In Los Angeles, only pit bulls outnumber Chihuahuas in the city’s shelters.

The parent club for Chihuahuas, which is made of breed enthusiasts and experienced breeders, decides on the official breed standard for the breed.

But, to be cute, clever, and different, backyard breeders breed for other traits (like too small) and for money. These folks are often not knowledgeable or experienced enough to know how and what to breed for.

As such, health problems and behavior problems are bred into the dogs knowingly or unknowingly.

Chihuahuas can have many health problems. And that can lead to big time vet bills! Families need to know this going in, so that they don’t have to surrender their dog because they cannot afford it.

Chihuahuas are known to have dental problems because of their teeny, tiny mouths.

They also may have joint problems on those tiny legs, like a luxating patella. A patellar luxation is not only uncomfortable for the dog, it can inhibit movement and be expensive to surgically correct.

Other health issues you may encounter is hypoglycemia (need to be fed frequently) or obesity (but feed them small amounts!).

If a dog breeder tells you that his/her dogs “never has any health problems” then they likely are not being honest with you.

An experienced breeder will always encounter health problems in the puppies they produce, at some point. What matters is that they don’t knowingly breed dogs with health issues, and that they are doing the proper pre-breeding testing for the genetic issues that they can prevent.

Many people don’t know this, but dog bites from chihuahuas, statistically, is one of the highest reported breeds.

Out of the 4.5 million reported dog bites across the U.S. each year, it’s estimated that Chihuahuas are responsible for:

They also are the breed most likely to bite the veterinarian. (from DVM360) That’s pretty significant!

The reason is simple. If you have a big Doberman or Rottweiler or Pit Bull that bites someone, the victim is much less forgiving than if it’s a 4-lb chihuahua. Owners often excuse away poor behavior because it’s not as dangerous as a big dog bite.

Much like the bite phenomenon above, chihuahuas have behavior issues for the same reason.

If you have a 100 lb dog in your house that does not have manners, that’s a big deal. But owners are much less likely to obedience train a teeny tiny chihuahua.

Chihuahuas are often known to be noisy, yappy dogs. That is one of the main reasons they are given up to shelters–the incessant barking.

Be prepared to properly train your chihuahua once you bring it home. They live a long time, so you want a pleasant companion to live with, that you won’t worry about biting people.

Where to Find Chihuahua Rescue

If you want to adopt a chihuahua, then finding an animal shelter that specializes in these kinds of dogs is the best place to start. Of course, there are plenty of other options too.

Check online for local pet supply stores that have adoption events. You can also search animal groups like the ASPCA, AKC or Humane Society.

If you have access to a veterinarian in your area who specializes in smaller breeds, then this could also be the best place for you to start.

Given those bite statistics above, your veterinarian may not have many kind things to say about chihuahuas. But, they may be able to tell you which breeders to stay away from.

Too Many Chihuahuas in Shelters

That’s a whole lotta people who thought buying a chihuahua was a good idea, but it turned out it was not a good idea to buy a chihuahua.

In fact, the ASPCA reports that in 2013, almost 43,000 chihuahuas were turned into shelters, and almost 20% of them were euthanized.

That’s 43,000 families who thought they wanted a chihuahua, but didn’t. 8500 chihuahuas died because of that decision. Please give this some serious thought!

Cost of a Chihuahua

Some rescue groups charge an adoption fee of a few hundred bucks. And, some breeders charge as much as several thousand dollars.

Remember that a high price is not always an indicator of high quality.

Speak with your local vet that you’ll be using, about what he/she predicts the annual cost will be. And, what emergencies and issues do they encounter? How often? And how much do those cost?

I know it sounds like I’m talking people out of buying a chihuahua. I’m not. But to many families do not examine all the facts and all the responsibilities, as well as all the issues that could come up.

It’s not fair to the dogs that 8500 of them died because no one wanted them.

So please think this through thoroughly. You’ll have a chihuahua for well over a decade…so you want both of you to be happy and well adjusted. 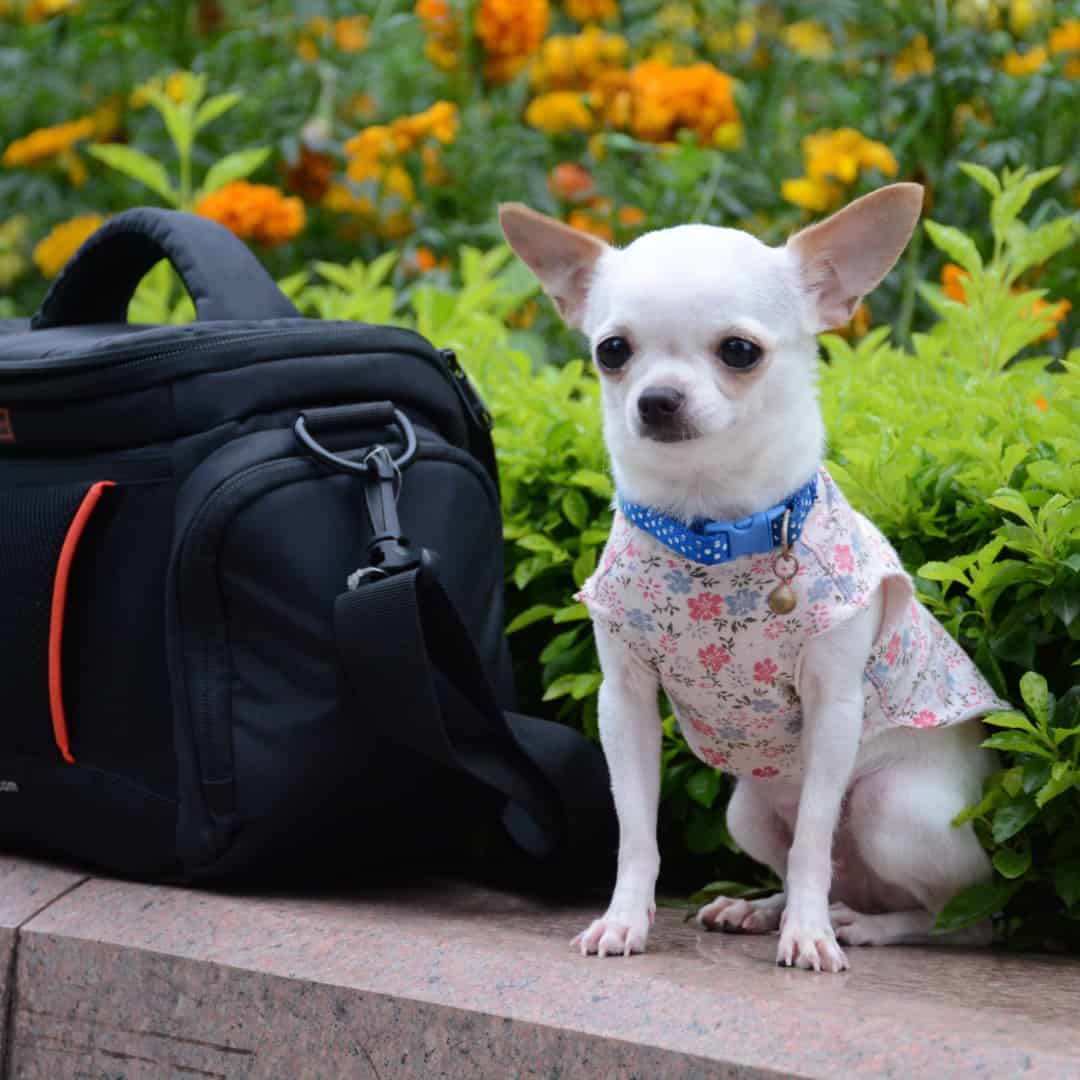 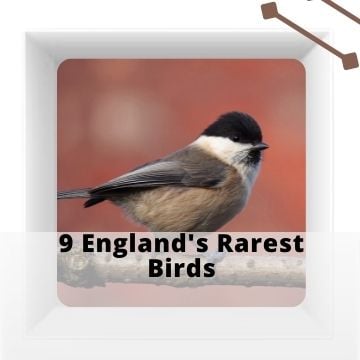