You’ve got a beautiful husky companion that you love so much. But, there’s something that’s becoming quite a big bother for you; it’s incessant crying at night.

You’re confused since this is all strange to you and so don’t know how to tackle the issue? In this post, I’ll share with you several reasons for the persistent cries at night and the remedies you can pursue.

So, why do huskies cry at night?

Possible explanations are separation anxiety, response to external noises, and the need to pee. It’s also possible that you might have reinforced this bad habit even without your knowledge.

Let’s now take a detailed look at this and other factors so that you get the headstart on how to approach and tackle them:

That’s the most probable explanation that’s causing your husky to give sleepless nights. Separation anxiety means that your dog doesn’t like to be left alone. That’s likely to be the case if you sleep in a separate room from it.

Many people, you included, tend to have a close and tight relationship with their pets. In other words, the pets get to a point where they can’t envision their lives without their masters.

If you’re like me, then you’ve also gotten to a place where your life is intertwined with that of your dog. So, in that case, you’ll understand why your husky can’t take it spending the entire night without seeing you.

But if it’s separation anxiety that’s causing your dog to cry at night, then this behavior should be so even during the daytime when you leave it alone. But if this is a nights’ only kind of behavior, then chances are that it might have nothing to do with separation anxiety.

There are several options you could pursue to solve this problem. The first one could be not to leave your dog by itself for long. For instance, you opt to check on it periodically throughout the entire night.

However, the challenge with this is that it will interfere with the quality of your sleep as you will have to wake up several times during the same night.

However, the idea of waking up 2 or three times a night just to check on the dog doesn’t ring well with many people; myself included. This is why you need to pursue the second alternative that’s meant to root out this behavior of incessant crying.

By training your husky to be less anxious, you can reduce the amount of time you spend worrying over your dog and better your chances of getting quality sleep. You can do the following to help reduce or help your dog overcome separation anxiety.

Behave like you’re preparing to leave home by doing any of the things that your dog associates with leaving home. For instance, pick your keys in the sight of your dog.

See the reaction of your dog.

If you’re persistent and patient to do the above training with consistency, then you’ll start seeing results. There’s no specific time frame that’s recommended for this training. The key is in your resoluteness and time commitment.

If you’ve not been keen to know the days during which the dog cries, it’s important that you stop paying attention. As you listen, also try to listen to see if you can spot the sounds or noises that make your dog cry.

It could be that from making out the noises, there’s something you can do to help reduce the noise scare. This might mean moving your dog to a different room where it can’t hear the noises or something else within your control.

Your husky needs to pee?

Could it be that all your husky needs is to be taken out to pee? If you always let out your husky to pee, then it might be the reason why it keeps crying night after another. If that’s the case, you need to retrain your dog just before going to bed.

If you still do this and your dog still has to go out several times, then it might mean that your dog has got a medical issue. The best thing would be to check in with your vet to get their opinion.

Your dog could also be crying because of other intruding animals in your yard. If your dog sees or hears them, it reacts out of fear or out of the need to protect its territory. If your husky fears that it will be attacked by others, it will cry as a way of letting you know that it’s under threat. It’s therefore a good idea that you step out once in a while to see if you can spot the animals, making your dog restless.

It could be that you’ve contributed towards encouraging the dog to acquire the wrong behavior of crying at night. If you usually reward your dog with your treats, toys, or give it the attention you’ve been inadvertently contributing towards helping your dog misbehave.

That’s because every time you reward your dog after crying, the husky gets the idea it’s doing the right thing.

I would recommend that you stop the practice of encouraging the behavior of the dog after crying. Eventually, it will stop the habit when it realizes that it’s not getting the intended results.

You should only give it attention if it’s something that’s as important as peeing.

Huskies can be extra whiny as compared to the other breeds. They tend to be too much when they’re between four to six months old. At this stage, it doesn’t mean that there’s anything wrong with pups as this is how they’ll communicate.

They might cry when they’re hungry or feel neglected by their mother. At other times, they’ll cry for no specific reason and that’s okay. Most of the time, they’ll have no need to worry about their whining.

There are puppies that will even want to develop the bad habit of crying for long without a good reason.

Whichever the cause, you need to start training your husky puppy early enough so it drops this bad habit.

For that reason, as soon as you realize that your puppy’s whining seems to be getting out of hand, it’s important you initiate the training sooner.

Here’s what to consider

If your husky is incessantly crying, here are a few things to take into consideration so that you handle the issue in the most effective manner possible.

The age of your husky

If your husky is like a puppy, then it needs to cry less as it grows. Get in the habit of ignoring your husky pup at night, unless it wants to be let out to pee.

If it’s not normal for your puppy to cry without a case, it’s wise you check it out. It could be whining because of an illness. So before rule out any possibilities of an illness before deciding to ignore it.

The onset of the crying and whining

Can you recall the time that your husky started crying at night? The time when it started this behavior could have a lot to do with the reason.

For instance, if it started crying immediately after you stopped letting it out to pee could tell you the source of the trouble.

If it’s a behavior that the husky has taken up recently, then it’s probably due to an illness, injury, or pain in the body.

The weather and climatic conditions

The other possibility is that your dog doesn’t get enough exercise during the day so that it has a lot of energy that’s causing it to be restless overnight.

As you’ve seen, there are a couple of reasons that could be making your dog cry at night.

The solutions range from not giving it attention every time it cries, allowing it to pee before going to bed, crate training, and plenty of exercise.

If you can start training while it’s still a puppy, you stand higher chances of success in solving this problem. 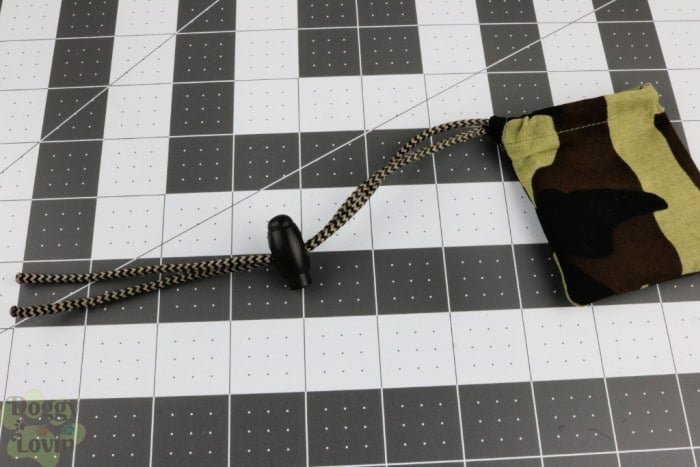